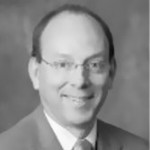 In Memorium - Lee A. Henderson

Lee A. Henderson an attorney and a shareholder with Hessian & McKasy, P.A. for nearly thirty years, passed away suddenly on April 30, 2015. Lee is sorely missed by his colleagues at the Hessian & McKasy firm where his quiet calm demeanor and creative problem solving set the tone for the firm.

Born on June 1, 1955 in Champaign, lllinois, Lee grew up in Madison, Wisconsin. While attending Madison West High School, Lee met Polly in his high school band class. They married in 1976. Lee graduated from the University of Wisconsin-Madison in 1977. After college, Lee and Polly moved to the Washington, D.C. area, where Lee earned his law degree at George Washington University. At the same time, Lee interned at the Office of the Counsel to the President (the White House Counsel’s Office) during the Carter Administration. Lee was involved in a number of high-profile issues including the Iran Hostage Crisis, the boycott of the 1980 Moscow Olympics, and the debate on the constitutional amendment to balance the federal budget.

Lee and Polly moved to Minneapolis in 1980 to begin Lee’s legal career and start a family. Lee’s distinguished career was characterized by his methodical and relentless pursuit of positive outcomes for his clients. He could be pragmatic or zealous in representing the interests of clients as the circumstances warranted. He achieved multi-million dollar settlements on behalf of clients and carefully crafted transactions to protect clients and meet their objectives. He maintained client relationships that spanned three decades, a testament to providing service and value to his clients.

Lee was active in the Twin Cities community and may best be remembered for his tireless advocacy in helping resolve the 16-month-long Minnesota Orchestra labor dispute that ended in January 2014. Minnesota Orchestra President and CEO Kevin Smith recognized Lee’s tireless efforts, stating “Lee Henderson was a great music lover and outstanding voice in support of the Minnesota Orchestra who was willing to extend himself in so many ways on behalf of the Orchestra.” Jon Eisenberg of Save our Symphony Minnesota wrote, “Lee was very much a free thinker on orchestra matters and also very much the at the forefront. He worked quite independently, but still was influential. He made an amazing amount of difference in helping to save and restore the orchestra.”

Lee also served as the church council president at Bethlehem Lutheran Church in Minneapolis, and executive committee member for the American Symphonic Advocacy Project. Lee was a lifelong advocate for classical music and a successful fundraiser in support for the Minnesota Orchestra. His other passions including traveling with family and friends, playing golf and basketball, keeping up with new technologies, an rooting for Minnesota basketball teams, especially the Lynx.

Being a good father was important to Lee, and it is evident that he was one. Together with Polly, they raised three daughters who have been successful each in their own right, and all in a humble and nurturing way.

Lee is survived by Polly and their three daughters, as well as a large extended family.