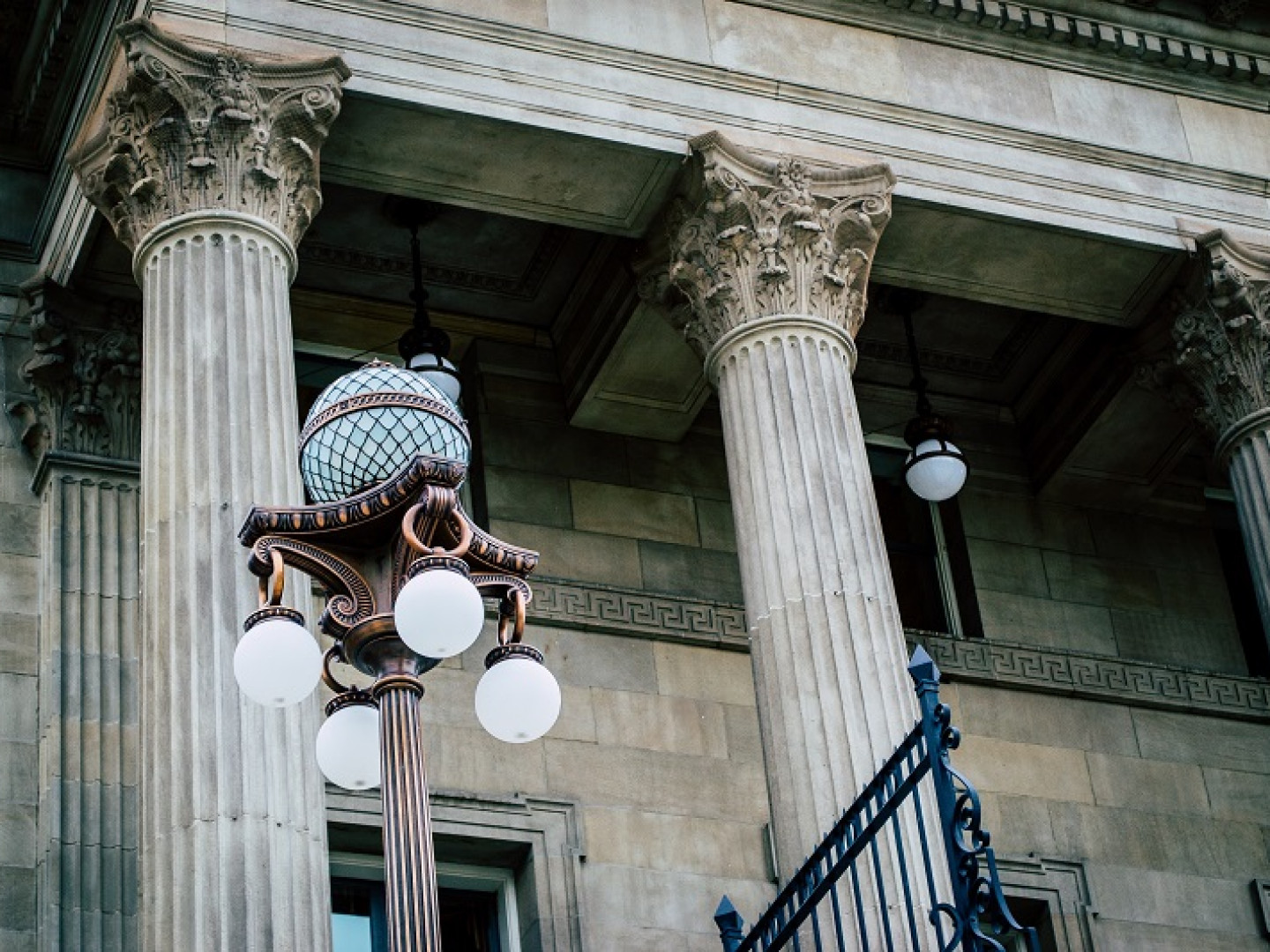 A century of service built on the foundation of Maurice Hessian and John J. McKasy

The roots of Hessian & McKasy, P.A. can be traced back to Maurice A. Hessian, who began practicing law over 100 years ago. He was born and raised in Le Sueur, Minnesota, the son of Thomas Hessian, who was a prominent lawyer and trained with one of the state’s early judges.

Maurice began his solo practice after obtaining his law degree from the University of Minnesota. He was joined by Paul J. Thompson in 1912, launching the firm partnership that would come to be known as Hessian & McKasy, P.A. when it was joined by John J. McKasy in 1914.

Thompson began his legal practice in 1901 after graduating from the University of Minnesota law school.  He served in the Home Guards during World War I and in 1918 enlisted in the YMCA service, which then provided assistance to active duty soldiers engaging in combat.  He was decorated for his service in Italy. In 1919 he returned to the United States and rejoined the firm where he began a life long relationship with the YMCA.  He was among the early leaders of the YMCA College of Law in Minneapolis, which began in 1919.  He was appointed president of the board in 1922 and managed the practice court program of the law school.   The law school was a night program established when the University of Minnesota thought night school was not “academically respectable.”  It ultimately merged with other law schools in the area to form William Mitchell College of Law.   He was president of the Hennepin County Bar Association in 1920-1921.  During his tenure with the firm, the firm was known as Thompson, Hessian, Fletcher & McKasy.

Like Hessian, John McKasy grew up in Le Sueur, Minnesota, where his father ran the general store. He received his law degree from the University of Minnesota and joined Hessian and Thompson’s practice. During his career, McKasy litigated various matters, including corporate law, commercial dispute and accounting disputes. Some of his notable clients were the Green Giant Company and the San Francisco Giants baseball team.   One of McKasy’s law school classmates was William Prosser, known in legal circles for writing the definitive textbook on tort law.  “Prosser on Torts” is a phrase known to every student who attends law school.  Prosser is known to have personally signed a copy of his book for McKasy with the following inscription:  “To my old friend John J. McKasy, a damn good lawyer.” – William L. Prosser, Berkley, California, August 1, 1971.

Abbott L. Fletcher joined the firm in 1918 and continued to be associated with the firm on a full time basis until his retirement from active practice in 1974.  He was a charter member of the Hennepin County Bar Association and served as Chairman of the committee that redrafted the Minnesota Probate Code in 1935.  He assisted in the formation of Minnesota Hospital Service Association (Blue Cross) in 1935 and served as a Trustee and General Counsel.  He originally registered “Blue Cross” as a trade name and symbol, which has since become the symbol for the national Blue Cross health insurance network.  Abbott was also intimately involved with the YMCA helping raise money for the construction of the original building in downtown Minneapolis.  He was involved in the creation of the YMCA College of Law with Thompson.

After serving in World War II, Maurice Hessian, Jr. joined his father’s firm where he continued the firm’s work in corporate and banking law.  He served as a president of both Interlachen County Club and the Minneapolis Athletic Club.  He had a passion for baseball and was an officer and director of the Minneapolis Baseball and Athletic Association.  That passion led to the firm’s involvement with the Minneapolis Millers and eventually the construction of Metropolitan Stadium in Bloomington.

Shortly after Maurice Hessian, Jr. passed away in 1971, Harold J. Soderberg joined the firm to take over the representation of Midwest Federal Savings and Loan Association.  Jerry began his legal career in 1952, working for the Minnesota Attorney General’s office, headed by Miles Lord, who later was a United States District Judge.   He also served as an Assistant Attorney General under Walter Mondale.  He headed the firm from 1971 until his retirement in 1995 and continued the firm’s tradition of long standing relationships, particularly as General Counsel of Midwest Federal Savings and Loan Association.

The firm counts a number of judges and other public officials among its alumni.  Some of the current members of the firm began practicing with the firm as long ago as the 1970s and 1980s.

Maurice Hessian’s devotion to his clients and his involvement in the Minnesota legal community helped establish Hessian & McKasy as the successful firm it is today. John McKasy’s strong work ethic and sharp legal mind continually inspire the attorneys working at Hessian & McKasy today.

While the practice of law and the needs of the business community have changed over the past century, one thing hasn’t changed: The firm’s commitment to its founders ideals of solid legal service built on strong relationships.