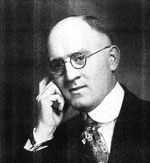 The roots of Hessian & McKasy, P.A. can be traced back to Maurice A. Hessian, who began practicing law over 100 years ago. Maurice was the son of Thomas Hessian who moved to Minnesota in 1866, "read the law" with one of the early judges in Minnesota and was admitted to the bar in 1877. The first reported case involving Thomas Hessian was decided by the Minnesota Supreme Court in 1887. He was a frequent litigator in the Minnesota Supreme Court during the late 1800s and early 1900s with 48 reported decisions over a period of 44 years, the last in 1931.

Born and raised in Le Sueur, Minnesota, Maurice Hessian entered the legal field as a solo practitioner in 1911 after obtaining his law degree from the University of Minnesota. He began his association with Paul J. Thompson in 1912, thus beginning a practice relationship now known as Hessian & McKasy, P.A.

Hessian was truly a renaissance man, a prominent member of the community and an active member of the County, State, and American Bar Associations. Hessian was a lover of sports, enjoying baseball and golf. He also found time to be president of the Interlachen Country Club and the Minneapolis Athletic Club.

Said Hessian's law partner, John McKasy: "Every situation with which [Hessian] came in contact was enlivened by cautious planning, kindness, righteous anger, generosity, bold action or keen humor." Hessian's devotion to his clients and his involvement in the Minnesota legal community helped establish Hessian & McKasy, P.A. as the successful firm it is today. 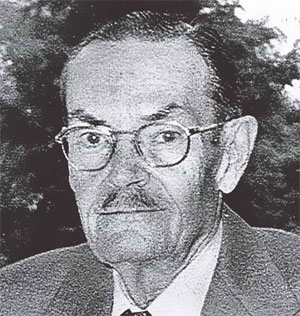 Like Maurice Hessian, John McKasy grew up in Le Sueur, Minnesota, his father owning a general store in town. McKasy received his law degree from the University of Minnesota at the ripe old age of 22. McKasy joined the law practice with Hessian and Thompson in 1914. During his career, McKasy litigated various matters including corporate law, commercial disputes, and accounting disputes. Some of his notable clients were the Green Giant Company and the San Francisco Giants baseball team. In addition to his legal practice, McKasy was involved in the military. He served in the Army during World War II and was commissioned a Major.

One of McKasy's law school classmates was William Prosser, known in legal circles for writing the definitive textbook on tort law. "Prosser on Torts" is a phrase known to every student who attends law school. Prosser is known to have personally signed a copy of his book for McKasy with the following inscription: "To my old friend John J. McKasy, a damn good lawyer." - William L. Prosser, Berkley, California, August 1, 1971.

McKasy was involved in the Hennepin County Bar Association as an active member in its Ethics Committee. He was also proud of his Irish heritage, which may have accounted for his talent for storytelling and his wry sense of humor. McKasy's strong work ethic and sharp legal mind continually inspire the attorneys working at Hessian & McKasy, P.A. today.